Report of the Ad-hoc Review of the Task Group on Global Geoscience Professionalism, September 2018

This is an Open Access article distributed under the terms of the Creative Commons Attribution Non-Commercial License (http://creativecommons.org/licenses/by-nc/4.0) which permits unrestricted non-commercial use, distribution, and reproduction in any medium, provided the original work is properly cited. 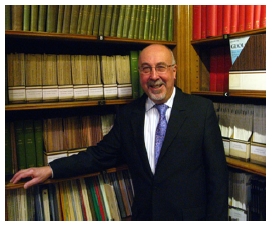 is a geologist by training and has worked extensively on assessment of industrial mineral resources. From 1997 until his retirement in September 2015 he was Executive Secretary of The Geological Society of London. Previous to that, he held senior posts within the British Geological Survey, the then Science and Technology Secretariat of the Cabinet Office where he was environmental adviser, and the Natural Environment Research Council where he was responsible for research grants, training awards and UK participation in international programmes, principally the Ocean Drilling Program and its successors. Since 2013 he has chaired a group on behalf of IUGS promoting a new initiative, Resourcing Future Generations and is currently an IUGS Councillor. He is a Fellow of the Geological Society of London, a Fellow of the Geological Society of America, a Chartered Scientist, Chartered Geologist and European Geologist.

© International Union of Geological Sciences, All Rights Reserved.
Published by the Geological Society of Korea, Seoul 06130, Republic of Korea